It is true that the popularity marijuana has gained over the years can be attributed to both positive and negative feats. Because of federal and state regulations, it has become difficult for scientists to even explore marijuana’s healing abilities and its properties that could address a wide array of medical symptoms and conditions. Despite of this reality, medical marijuana advocates and researchers have managed to comprehensively examine the effects of the herbal medicine.

It is only very recently that scientific standards replaced the oral traditions of folk medicine; in the past most medical treatments were only based on anecdotal evidence. It is not a surprise that a lot of modern medicines come from plants used in traditional healing that are purified compounds that pass high standards of safety and efficacy. This only means that marijuana-based medicines can only appear on pharmacists’ shelves once they have already undergone clinical testing to ensure that they have met the standards.

Although there are quite a big number of scientists who would want to explore intensive clinical studies on marijuana, it has been currently difficult to conduct mainly because of the many barriers they face. Not only is the issue of limited funding a highlight in this endeavour but scientists are also faced with a barrage of federal and state regulations that could hamper the success of these studies. It is of this reason that clinical evidence for marijuana’s benefits is greatly limited.

Despite all these odds, a number of biological studies have shown of indications that marijuana-based drugs could actually cater to a wide array of medical conditions and symptoms. These kinds of studies usually come under the basic research category which is intended to focus on marijuana’s many effects. They are also being studied individually to see how chemicals in marijuana work on different organ systems and cells in the body. As a matter of fact, some of these studies indicate that cannabinoids could actually be used as a stepping stone for discovering and creating new and exceedingly specific medicines that cause only limited side effects. 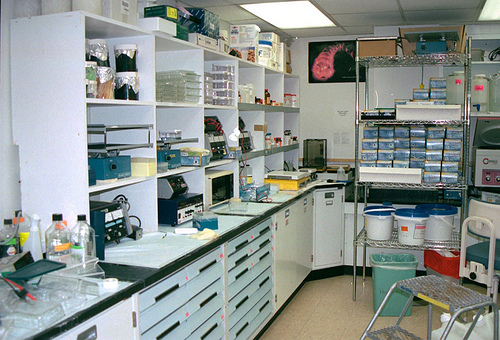 These biological studies could open possibilities of identifying innovative treatments by centralizing on symptom-producing processes that transpire in individual cells. Oftentimes, these systems take on chains of biochemical reactions that usually lead to sensations such that of pain and nausea. These symptoms might be prevented if the chain was interrupted at some point which means that for a given symptom, the probability exists to unlock plentiful drugs that strengthen each other’s side effects due to the fact that each affects a distinctive link in the causal chain.

Although there are a number of hindrances that impede clinical researches on the positive effects of marijuana, continuing studies are still able to perpetuate and based on these several studies, marijuana acts entirely different from conventional treatments for various conditions. This only means that marijuana can be proven as an important source for support medicines. The next four sections sum up the results of several up to date studies on the biological effects of marijuana as well as its chemical components.