Marijuana plants come in both male and female forms whereby the female plant is the source of the drug. There are active chemicals in marijuana and these are known as cannabinoids which are produced by resin glands on the female plant’s leaves, stems, and calyxes. Marijuana flowers do not produce resin but they become a concentrated source of cannabinoids mainly because resin tends to collect in the flower tops.

Due to variations in soil, temperature, humidity, and other growth conditions, individual marijuana plants may contain differing amounts of specific cannabinoids. Storage conditions affect the cannabinoid content of dried leaves or flower tops and cannabinoids degrade when exposed to high temperatures, moisture, and sunlight.

There are more than 60 different but closely related cannabinoids that have been isolated from marijuana. These are greasy compounds that are barely soluble in water but dissolve readily in oily fluids. The chemical structure of most cannabinoids is almost identical to that of THC which is the main psychoactive component in marijuana. Only the most plentiful form, which is delta-9 THC, has been studied thoroughly by researchers among the several identified variants of the compound. 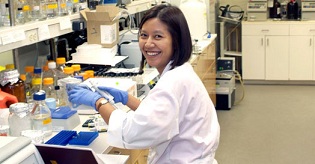 A synthetic THC, generically known as dronabinol, is the active ingredient in the recommended medicine Marinol which is used to treat vomiting and AIDS wasting syndrome as well as chemotherapy-induced nausea. Marijuana plants possess an ability to make THC through a multistep process, just like what chemists usually do when they manufacture THC in the laboratory. The cannabinoid compound cannabigerol is formed through a succession of assembly steps where several molecules are combined to form the compound. Cannabigerol may then be converted to THC or other cannabinoid which is called cannabidiol which may be tailored to produce THC. It may in turn go through some chemical reactions that can change it to yet again another cannabinoid – cannabinol. Unlike that of THC, neither cannabidiol, cannabigerol nor cannabinol is psychoactive. Dried plants and live marijuana plant parts possess all of these cannabinoids including others that stand for either precursors of THC or customized versions of the THC molecule.